Of course there is a battle: this novel I am working on is called The Battle for the Black Fen.  The whole point is the battle. My three previous novels in the series are all geared toward battling it out in the end. I have always know there would be a battle.  But how do I write a battle?

Input from grandson #1: I haven’t killed enough of my own people.

Oh dear oh dear,  who  should I choose to die from among characters I have lived with and loved the whole series long? (Disclosure: we are talking twenty years here).

Input from grandson 2: you need a map!

I drew a map, he drew a map, I superimposed them and made a nice copy, if I say so myself, on a special large-item machine at the copy shop, but the first novel’s publisher shrank it down so no one could read it.  Then my daughter  gently remarked that my map looked too amateur.  Besides, it didn’t cover the landscape my characters traverse in the last volume.

A wonderful cartographer, D.N.Frost, popped up on my twitter feed.  After considerable back and forth and much tweaking of detail, we had our map!

But I still have to write the battle scenes. Although I am no fan of action movies, I was impressed  by the way the battle was portrayed in the movie version of J.R.R.Tolkien’s The Return of the King. There was action all over the place, but the director avoided muddle by going scene by scene, from one limited vignette of action to another. Enemies on elephants!   Ents (marching trees) join the fray! 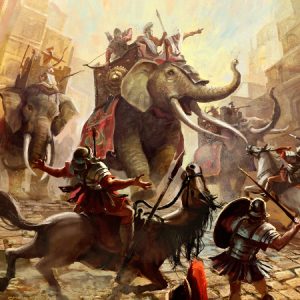 In the build up to the battle for the Black Fen, my characters were in three companies and one enemy militia. Very orderly.  However, the purpose of the companies was to call widely scattered communities to battle, during which members of The Marshland Company, the Delta Company, and the Dunlin Company joined various allies. As a result, when the battle was joined they were distributed all over the fen among Crane Islanders, Stilt Walkers, Turtle Islanders, Fox’s Earth folks – you can see how complicated it all became.

That is where the way the Tolkien movie was constructed –  skirmish by skirmish – came in handy. Also, for a unity of perspective, I positioned my rear guard on the top of the Moor of Nern to watch the action spread over the fen below them.

In the middle of all this heady battle writing,  my excellent new map informed me that I had written southeast when it should be southwest and northeast mixed up with southwest and that, somehow, a couple of extra characters I never really developed have slipped into the action.  Edits all around.

(Query: has my  publisher figured out I am dyslexic yet?)

These last edits took place during a very  dark time in our lives, when the Power of Mordor seems to be closing in and the Dark Eye sweeps over our land determined to destroy our hopes for a better world of being .  And that is why we story tellers go on telling our stories, hoping against hope that the Ring of Power will not fall into the wrong hands and that, puny as we may feel, our strength will suffice for the battle. 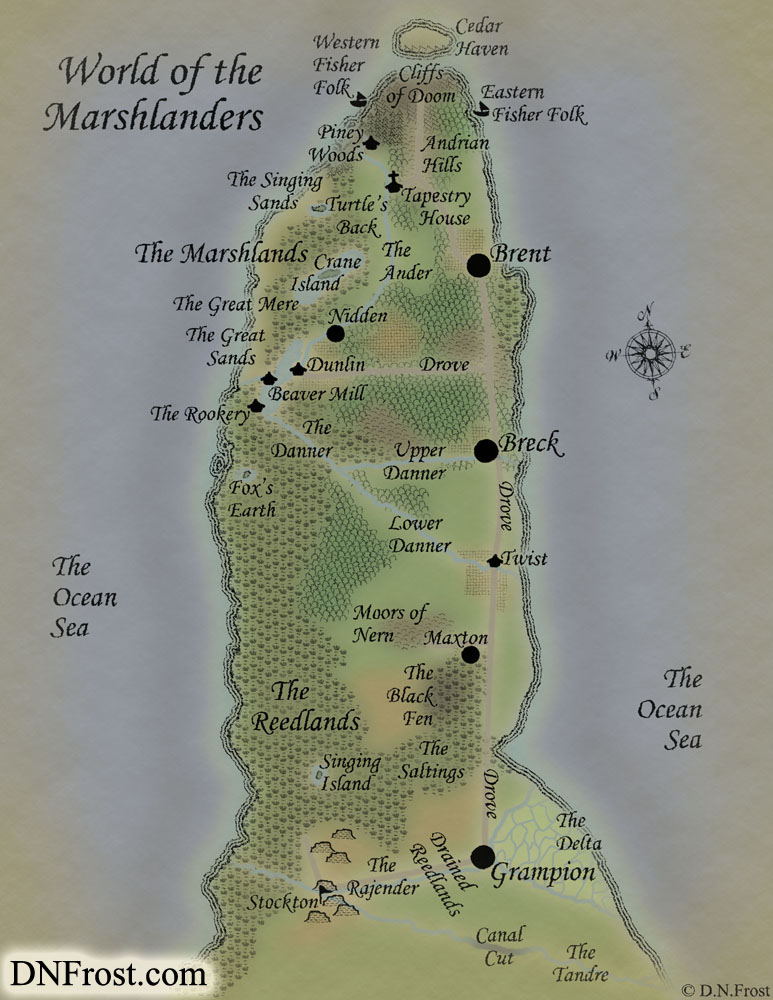 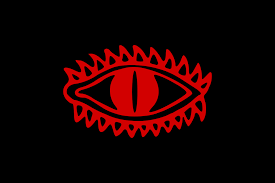 In J.R.R. Tolkien’s wonderful series, The Lord of the Rings, a little hobbit named Frodo carries the ring of power through all of the perils of the world in order to destroy it, while enemies try to enhance their own agendas by threatening him at every turn.

That’s where we will be tomorrow.

We can take heart at the good wizard Galdalf’s reply  when Frodo wishes his fate were otherwise: 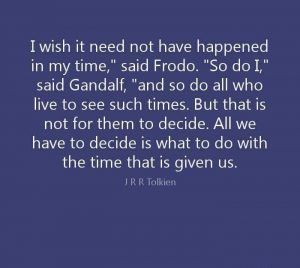 Once I suspended my descriptions of ideal communities every couple of chapters to insert thoroughly bad goings on, I found the alternation from good to evil and evil to good created a satisfactory narrative rhythm. Rising suspense and an awful event followed by better times before the cycle repeated itself not only made for a better read but was also philosophically satisfying. That’s the way life goes, after all – the way it challenges our mettle.