You would think that when I am at my river cottage in Northern Michigan I would sit back, close my eyes, and relax.  I have the most comfortable deck chair you can imagine, fitted out with the most sybaritic of cushions, but I keep leaping up to see what is splashing in the river or to examine a flower I have suddenly noticed growing on the bank.

This summer I have read three books, dipping into each as the whim possesses me: The Journal of Henry David Thoreau, 1837-1861, Walter Isaacson’s   Leonardo Da Vinci, and Robin Wall Kimmerer’s, Gathering Moss: A Natural and Cultural History of Mosses.

“How sweet is the perception of a new natural fact! Suggesting what worlds remain to be unveiled,” exclaims Thoreau on April 18, 1852. “That phenomenon of the Andromeda  seen against the sun cheers me exceedingly. 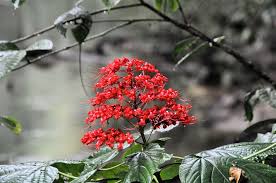 I think that no one ever takes an original or detects a principle, without experiencing an inexpressible, as quite infinite and sane, pleasure, which advertises him of the dignity of that truth he has perceived.”

Leonardo Da Vinci’s “curiosity,” notes Isaacson, “like that of Einstein, often was about phenomena that people over the age of  ten no longer puzzle about.”

Leonardo’s puzzlings are scribbled over 7,200 pages of notebooks that Isaacson deftly organizes by topics. “My favorite gems in his notebooks,” he acknowledges, “are his To-Do lists, which sparkle with curiosity.”

From Leonardo Da Vinci’s To Do Lists: 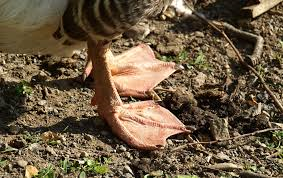 “Observe the goose’s foot: if it were always open or always closed the creature would not be able to make any kind of movement.”

“Why is the fish in the water swifter than the bird in the air when it ought to be the contrary since the water is heaver and thicker than the air?”

“Describe the tongue of the woodpecker.”

“Why can our eyes see only in a straight line?”

And what a joy I feel to see my sixteen year old grandaughter and thirteen year old grandson  bent over their nets and collecting jars, closely examining crawfish, dragonfly nymphs, minnows, and tiny river lampreys – curious as ever about the diverse and fascinating abundance of river life.

There is a lovely swathe of emerald, velvety moss right in front of my cottage that brings joy to our bare feet as we race down to swim in the river. After reading my book on mosses, it has revealed an eternity in itself. 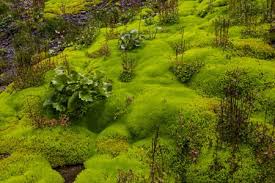 Biologist Kimmerer and her assistant crouch on the forest floor, devising multiple experiments to figure out why Dictanum Flagellare shares space with Tetraphis pellucida  rather than compete with each other, as might ordinarily be expected of different moss species. Is it the wind? Is it slugs, they ask themselves, and create a sticky surface to see what might be crawling around. The answer, after two long summers of mosquitoes, sore backs, and discarded  hypotheses?  Chipmunks!

“Part of the fascination of working with mosses,” writes Kimmerer, “is the chance to see if and when the ecological rules of the large transcend the boundaries of scale and will illuminate the behavior of the smallest beings. It is a search for order, a desire for a glimpse of the threads that hold the world together.” P. 58

All three of the authors I read this summer – a nineteenth century New England naturalist, a Renaissance genius, and a Potawatomi scientist –   focus on minute particulars, tiny details like how a curl of hair resembles a river eddy (Leonardo), the motions a great blue heron’s wings make as it takes off (Thoreau), and the tiny sharp outgrowths that allow dried out moss to conduct raindrops to its ovules (Kimmerer). They possess an intense curiosity, an eye for the details of minute particulars, and a tendency to joy in  nature.

May it be so, and blessed be.