“Where are Mom and Dad,” my daughters used to ask each other.

That was their word for the clicketty-clacking that would go on all weekend long when we were young professors trying to write our books and articles while (we hoped) they amused themselves. We would set up our typewriters in different rooms and go at it like mad, our fingers aching and, in my case, redoing page after page in great frustration (confusing small case bs and ds and committing typo after typo) until everything was letter perfect. 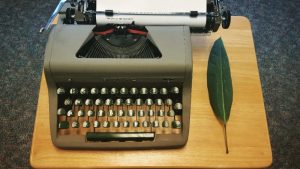 I have typed ever since I was 14 years old when my dyslexia led my teachers, who were concerned about my academic future, to insist I go to typing school. They had diagnosed me when I was in second grade and treated it very successfully, all except for my handwriting. So they sent what we would now call “accommodations” along with me to college, consisting of permission to type my exams in a separate room from the other students.

My all-time favorite typewriter was a beloved portable Olivetti I received as a graduation present from college. I toted it all over England that summer, writing copiously prolix impressions of my travels, and it stayed with me through graduate school and my first teaching jobs.

At the University of Wisconsin I used whatever enormous machine occupied my office. At home, Henry and I maintained the smaller clunkers that produced our diddly-pecking din.

“You would be so much happier writing your books on a computer,” urged my (now grown up) daughter, a computer science major, soon after PCs were invented.

“You could cut and paste instead of writing the same page over and over. Life would be so much better for you.”

So I trotted off to a word processing  course where we were handed  light blue notebooks full of arcane keystroke directions; I remember them very fondly for the world they opened up to me. Although the learning curve in those days was very steep indeed, from the first time I moved a paragraph from one page to another and saw clean copy scroll out of my printer, I was hooked. No more was I wading through a quagmire of typos and erasures; every time that azure screen came up, it beckoned me to new worlds of thought and imagination. 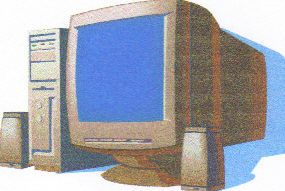