“Now is the time for all good men to come to the aid of the party.” Does anyone remember this sentence (whose sexism reminds us how far we have come) as a first exercise in typing class? 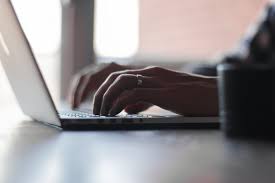 When I was in typing school birth control was illegal for unmarried women, not to mention abortion. Sexual pawing was a fact of life, and we were denied  credit cards in our own names.  What a joy that  a woman intent on keeping all of this in place may be elected President!

Maybe it’s fear of losing fifty years of gains is what makes us so nervous. According to David Brooks’ editorial in today’s New York Times, we are suffering an “Epidemic of Worry,” and he concludes that  “the answer to worry is the same as the answer to fear: direct action.”

That’s why I’ve always been an activist and why, when election season rolls around, I find ways to put my oar in:  from 8-9 on weeknights  I pull up a Women to Women in Ohio script on https://www.hillaryclinton.com/calls on my Ipad and relax in my easy chair to make 20 calls. Sometimes I help assuage other people’s worries: the women in Ohio fear putting  out Hillary signs because they may be “fire bombed.” As the Ohio race drew even I left messages for them that “yours might be the vote to elect Hillary!”

My  visits to Anil Kumar’s Congressional Campaign Office are a hoot. You wear headphones and let the computer dial until it gets a real live voice; then you launch into your script.  While the computer searches there is  time for gossip and jokes and (lots of) munching and crunching, making for a fun experience very different from my solitary home calls for Hillary.

I have learned that the reason we don’t have efficient and widespread Public Transportation in the Detroit Metropolitan Region has less to do with auto business interests with the fact that a Detroit mayor in the 1920s, when the Ku Klux Klan was a big influence on city government, feared it would cause  integration. Our present County Commissioner, who came into power in opposition to busing across school districts, fights improvements in public transport for the same reason.

So yesterday I took a  bus to Detroit to let a meeting of women activists know that Public Transportation is on the ballot. This weekend I will canvas people in my neighborhood, reminding them that “each of us is only one illness or accident away from needing public transportation.”

“These are such frightening times, with this election and all – how to you keep so cheerful,” a friend asked me recently.

“Doing something always makes me hopeful,” I answered. Try it: you might feel better!”