No matter how highly you think of your own writing, don’t kid yourself. You need an editor. And I do not mean a friend or partner- perish that thought!

Writers have blind spots; we need another pair of eyes belonging to a professional copy editor. Here are the kinds of things mine suggest, and some examples of my my corrections.

You use too many prepositions in a single action: “down into,” “up over.”

Before: She climbed back up into the wagon

After: She climbed into the wagon 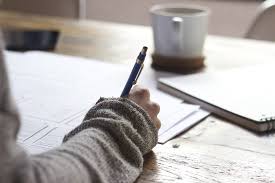 Cut every unnecessary word. Out of doors = outdoors; out of the window = out the window.”

Before: Hutchin, who had been out catching desert animals, which he told the company were a kind of small rabbit to spare their sensibilities about eating rodents, took his vengeance by serving Roger a plate entirely made up of bones, and Roger glowered all through the evening because he wanted to thrash Hutchin for it, but knew perfectly well that beating his slave would stretch the Company’s toleration of his behavior.

After: Hutchin escaped briefly to hunt desert rodents. He took his vengeance by serving Roger a thin piece that was mostly bones. Roger wanted to thrash him, but restrained himself because it would stretch their toleration of his behavior.

Don’t use a conjunction to link related sentence elements; use a semi-colon (This one is new to me).

Before: Roger was frightened until he realized what he was hearing was the sound of a sizeable waterfall and he knew exactly where they were— by the falls of the Nern, a tributary of the lower Danner that had its wellspring in the last of the uplands to the south and west of Twist.

After: Roger was frightened until he recognized the sound of a big waterfall. He knew where they were; it was the falls of the Nern, a tributary of the lower Danner.”

Substitute past tense for past perfect:  “I had gone,” “he had thought,” are more wordy than “I went,” “he thought.”

Past tense is also less passive than continuous past tense. Change phrases like “she was running” to “she ran.”

Replace description of what is going on with dialogue. Skip “he said” and “she said” when it is already clear who is speaking.

Before: Carl reassured him that it wasn’t over a mile now and they’d been heating warm stew for breakfast: they’d had rabbits last night, and the gravy would be thick and crusty for their breakfast.

There is a scene in a film about Julia Child where her loving husband excitedly brings her the first copy of her cookbook. They hug and kiss and dance around the kitchen. “Oh joy, Oh bliss,” Henry and I used to exclaim when we received the first copy of a book one of us had written.  We called sitting down to read ourselves in print  “our golden moment.” I wish you many golden moments when you see your very own (nicely edited)writing in print at last.