“Bring your evil closer in,” remarked my agent. “You are keeping it too much at a distance.”

“You need to kill more of your own people,” said a friend about one of my battle scenes.

I am no stranger to evil – I learned plenty about it in my World War Two childhood. Even though we were safe in New York City a whole ocean away from the conflict, my cousin, who was Captain of the Arizona, was incinerated on the very first day. War seemed right amongst us as we listened to the thud and howl of the London blitz on our short wave radio. All that violence seemed even closer because Nazis from the German American Bunt  marched frequently in our neighborhood, which filled me with anxiety that they might come for me at any moment.

My villains are venture capitalists who form a cabal with church ministers, apothecaries and city burghers to drain self-sustaining communities. In East Anglian history Merchant Adventurers rode roughshod over the Fen people (who fiercely resisted them ) in pursuit of return on their investment.  The Merchant Adventurers in my invented wetland world act much the same way as their historical namesakes, but my agent thought I wasn’t bringing them close enough and that I should describe their cruelty in much more frightening detail.

So it was that I developed a chapter called “The Brotherhood,” where I described a rape scene up close and depicted my villains in one of their vicious conclaves. (You can see them at their machinations in “William and the Merchant Adventurers,” my giveaway chapter from Fly Out of the Darkness that you get when you subscribe to this blog).  I also introduced  the bully Fred to make life miserable for my young heroes; and added a chapter called “The Fox and the Ferret”  where he attacks Clare and sets his ferret onto her  half-fox half-dog Foxy, her beloved pet. 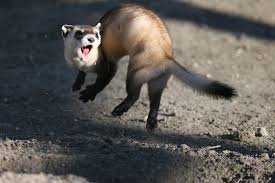 “Fred glowered at Foxy, who had picked up the hated scent of Fred’s trousers and stood guard in front of Clare, teeth bared and snarling.

‘That’s the vermin as bit me last summer. Let’s see how he likes our ferret!’

‘Go for him!’ He pulled a snarling length of fur and teeth out of his tunic. Foxy’s teeth were bared too, all the way back to his nose, and snarls roiled from the depths of his stomach.’”

And so it was that I learned to get my villains up close and personal, to frighten my readers with suspense, and to describe viciousness and cruelty with every terrifying detail I could muster.

Or, as Thomas Hardy puts it “If a way to the Better there be, It exacts a full look at the Worst.” In Tenebris